Chia or Salvia Hispanics belongs to the mint family. It’s orgin is in the valley of Mexico. Chia is one of the most beneficial and nutritive foods ever known to mankind. It is a dieter’s dream. It is destined to be the ancient food of the future it was cultivated by the Aztecs and was one of the five major plant sources of food. Chia seeds has been used as a staple food by the Indians of the south and Mexico. It’s quality as a high energy endurance food has been recognized by the ancient Aztecs. They used to carry the seeds along with them during conquests and used to subsist on them. It is said that the Indians of the South (America) used to eat only as little as a teaspoon before going on 24 hour forced marches. Those who used to travel from the Colorado River to the California coast would carry only the chia seeds with them for nourishment.

Richness in the Ordinary

Chia seeds contain rich soluble fiber. Put a teaspoon full of chia seeds in a glass of water. After half an hour you will find not seeds or water but clearly solid gelatin. Research shows that these same gel-forming phenomena occur in the stomach too when the seeds are eaten. This gel forms a physical barrier between carbohydrates and the digestive enzymes that break them down.

Chia seeds slow down the digestive process of converting carbohydrates into sugar. This is a big advantage and a God’s gift for diabetics. It is also the reason behind chia seeds providing the miraculous powers of endurance. Prolonging the conversion of carbohydrates into sugars stabilizes metabolic changes, diminishing the surges of highs and lows creating a longer duration in their refueling effects.

Another renowned use of the chia seeds is it’s the ability to absorb the tremendous quantity of water. The hydrophilic quality as it is called makes it absorb almost 12 times the weight of the seeds. This ability also prolongs hydration. Fluids and electrolytes are necessary for the body to support life in all the cells. Hence, regular use of chia helps retain moisture and efficiently regulate the body’s absorption of nutrients and body fluids. Because of the enhanced efficiency in the utilization of body fluids, the electrolyte balance is maintained. These seeds are definitely the hydrophilic colloid of the 21st-century diet. Undoubtedly, raw foods form only a small part of our regular diets chia seeds are recommended by nutritionists to maintain the balance of hydrophilic colloids.

Chia seeds are an Energiser

Chia seeds are muscles & tissue builders and are also energizers of endurance with extensive hydration properties and because of their physiochemical properties, they support effective treatment in immediate problems of digestion. When a large amount of fluid is lost from the body due to vomiting, diarrhea or more frequently sweating, there is a loss of extracellular fluid in the body. The fluids in the body begin to flow out to compensate the loss. This causes abnormal distribution of electrolytes across cell membranes and results in cellular dysfunction. Retaining and efficiently utilizing body fluids maintains the integrity of extracellular fluids, providing intracellular fluids, providing intracellular fluid balance, this ensures normal electrolyte dispersion across cell membranes or electrolyte balance, maintain fluid balances resulting in normal cellular function.

The protein in chia seeds is digested and absorbed very easily, resulting in rapid transport to the tissue and utilization by the cells. This efficient assimilation makes chia seeds very effective when rapid development of tissues takes place, primarily during growth periods of children and adolescents. It is also useful during pregnancy and lactation when tissue regeneration occurs and also for athletes, weightlifters and sportspersons who require constant conditioning of the muscles.

The chia seeds are a rich source of calcium as they contain the important mineral boron which acts as a catalyst for the absorption and utilization of calcium in the body. Chia can be incorporated into the diet in various ways. Though the seeds are delicious enough to be eaten raw it is best to soak the seeds in water an use the resultant gel.

High oil content is another feature of the chia seeds. In fact, the word Chia comes from the Aztec Chain meaning oily. It has three to ten times the concentration of oil compared to most grains and one and a half to most grains and one and a half to two times their protein content. The oil in the form of unsaturated fatty acids is necessary for the body to emulsify and absorb fat-soluble vitamins. A, D, E, and K. Unsaturated fatty acids are necessary for respiration in the vital organs and their presence makes it easier for oxygen to be transported by the bloodstream to all the cells. They also help maintain resilience and lubrication of all cells and combine with protein and cholesterol to form living membranes that hold the body cells together. The unsaturated fatty acids are also necessary for normal glandular activity, especially the adrenal glands and the thyroid gland. They are also essential for healthy nerves and mucous membranes.

Apart from the medicinal benefits, it was also used by Indians and missionaries as a poultice for gunshot wounds and other serious injuries. The wounds used to be packed with the chia seeds to avoid infections and promote healing. 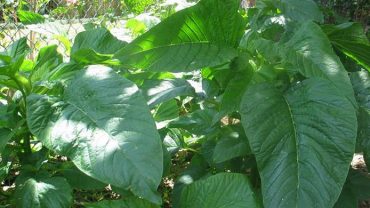