In general, a kidney permanently loses its ability to act for two main reasons. One is the metabolic disorders that occur in the blood in the body, muscles, and nerves. Another is the infection caused by the germs from outside. This is called an infection disorder.

Diabetes and high blood pressure are the main causes of kidney failure. For those who are having diabetes insulin production less than demand in the body. So the glucose level in the blood increases. For excreting this the kidneys have to work more.

The kidneys become inactive due to the more work done by it. The symptom for this is the excretion of large amounts of protein in the urine. Evacuation of excess protein in the urine is called proteinuria. This is a metabolic disorder. The other is infection disorder. This is caused by renal tuberculosis and the Filariasis (Elephantiasis) related to genital organs.

What are the Symptoms of Renal Tuberculosis?

Women with premenstrual syndrome, Unbearable stomach ache, Unbearable pain in the hip, the more white discharge will occur. The sperm of men comes with bleeding, Physical fatigue occurs suddenly, and without any reason, Pelvic pain can be unbearable, the weight will reduce without reason. There may not be the symptoms even. Because of the prevalence of TB occurs only in one kidney and the other one functions normally. Only if it is also damaged, the symptoms appear.

Permanent kidney failure occurs gradually step by step. It simply cannot be detected immediately. A very bad feature of this disease is that we won’t get any symptoms even up to the advanced stages of the disease. The millions of kidney filters (nephrons) in the kidney will be subject to immobilized one by one. However, the kidneys continue to work even after the loss. One kidney continues to function normally if the other kidney is completely failed.  So that the patients come to know the severity only after 90% of the kidney is affected and the urination will be declined.

Understand the Function of the Kidneys.

The main function of the kidney is to excrete the excess water and waste products in the body. However, their work does not end with this. The body’s pH – pH balance maintenance, keeping blood pressure, helping to produce red blood cells,  taking care of the health of the bones, to determine how much water content should be present in the body are some other important functions done by the kidneys. It is as similar to hearts that beats regularly and so the kidneys continue to filter process consistently.

Symptoms of the Kidney Failure Not able to pay attention to anything, to reach irritability, fighting with others for no reason, to sleep on the job, behaves in a different manner, like always being short-tempered are mentally visible symptoms of the disease.

After getting these symptoms if we scan the kidneys they will appear 1/3 of its original size.  To know whether there is any scope for permanent failure we have to test for creatinine in blood and protein level in urine.

If the patient’s blood contains more creatinine in blood or more protein in urine then we have to EGFR (Estimated Glomerular Filtration Rate) test immediately to find out the effectiveness of kidney filters.  After getting this we have to take treatments according to the stages. 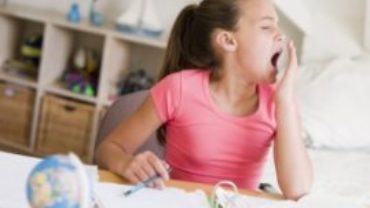